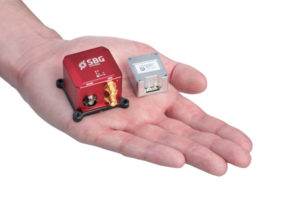 The big news in the geospatial world at the moment is Facebook’s acquisition of Mapillary. For those unfamiliar, Mapillary is a darling of the mapping world and one of the highest-profile geospatial startups of the last decade—launched in 2013, their mission was to create a global street-level imagery dataset to rival Google Street View. Mapillary was the prototypical “venture-scale” business — preposterously ambitious, technically impressive, inarguably valuable for the world, and plausibl

By Lurker, June 26
This is a map of the multiverse. Or in physics-ese, it’s the maximally extended Penrose diagram of a Kerr spacetime. And in english: when you solve Einstein’s equations of general relativity for a rotating black hole, the universe does not come to an abrupt halt at the bottom of the gravitational pit. Instead, a path can be traced out again but you do not end up in the universe that you started in. Like I said, it’s a map of the multiverse.

By Lurker, June 19
The United States Space Force’s GPS III program reached another milestone with the successful core mate of GPS III Space Vehicle 08 at Lockheed Martin’s GPS III Processing Facility in Waterton, Colorado, April 15. With core mate complete, the space vehicle was named in honor of NASA trailblazer and “hidden figure” Katherine Johnson. The two-day core mate consisted of using a 10-ton crane to lift and complete a 90-degree rotation of the satellite’s system module, and then slowly lowerin

Portal by DevFuse · Based on IP.Board Portal by IPS