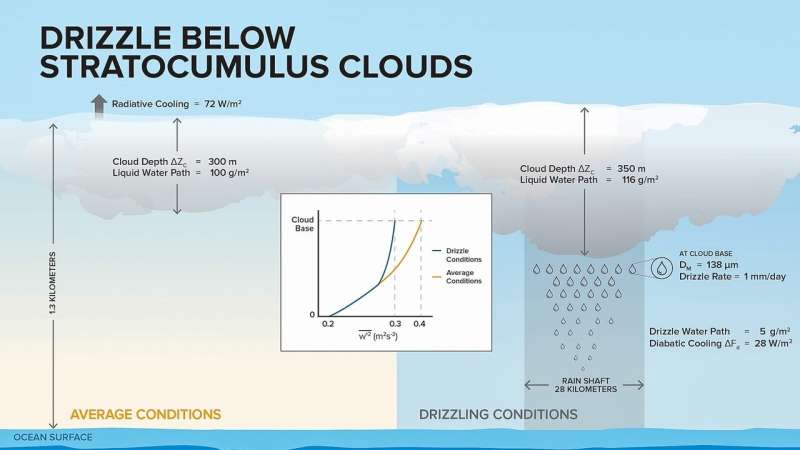 From space, large decks of closely spaced stratocumulus clouds appear like bright cotton balls hovering over the ocean. They cover vast areas—literally thousands of miles of the subtropical oceans—and linger for weeks to months. Because these marine clouds reflect more solar radiation than the surface of the ocean, cooling the Earth's surface, the lifetime of stratocumulus clouds is an important component of the Earth's radiation balance. It is necessary, then, to accurately represent cloud

Sea-level rise in 20th century was fastest in 2,000 years along much of East Coast 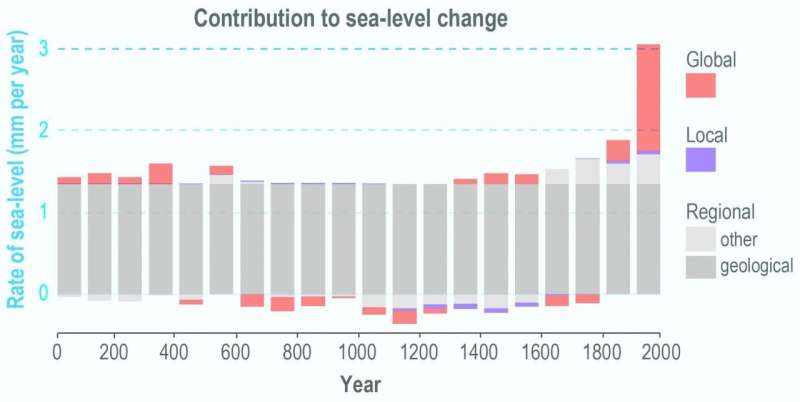 The rate of sea-level rise in the 20th century along much of the U.S. Atlantic coast was the fastest in 2,000 years, and southern New Jersey had the fastest rates, according to a Rutgers-led study. The global rise in sea-level from melting ice and warming oceans from 1900 to 2000 led to a rate that's more than twice the average for the years 0 to 1800—the most significant change, according to the study in the journal Nature Communications. The study for the first time looked at the phe

Drill down on map

By Mujda, March 4
Hi, i'm looking for sample of script with Arcpy. For example, i have three hierarchy levels are country, state and district. These fields are geographic fields and I am able to plot them on three separate maps. The requirement is to create a top-down analysis such that when the user clicks on the country, the top-down analysis should take the user to the states and display all the states. Then when the user clicks on a state, the drilldown should bring the user to see the districts and show

A recent analysis of the latest generation of climate models — known as a CMIP6 — provides a cautionary tale on interpreting climate simulations as scientists develop more sensitive and sophisticated projections of how the Earth will respond to increasing levels of carbon dioxide in the atmosphere. Researchers at Princeton University and the University of Miami reported that newer models with a high “climate sensitivity” — meaning they predict much greater global warming from the same level

By Lurker, February 28
The Indian Space Research Organisation opened its space calendar 2021 with the successful launch of PSLV-C51 carrying Amazonia-1 and 18 other satellites on Sunday. PSLV-C51 carrying Amazonia-1, an optical earth observation satellite from Brazil, and 18 other satellites lifted off from the first launch pad at Satish Dhawan Space Centre in Sriharikota at 10.24am. Around 17 minutes after lift-off and one minute after the PS4 engine cut-off, PSLV placed its primary payload -- 637kg weighing Amazon