By Lurker, July 28, 2010
A Shapefile  is a commonly used binary format that stores geometric data such as lines, points and polygons along with attribute information that describes what that geometric data represents.  Despite the term “shapefile,” a shapefile is actually a set of several files, three of which are mandatory to store the data comprising a “shapefile”.  The first of these files is the .shp file, which stores the actual geometric data.  Another file, the .shx file, is an index file that allows seeking forw 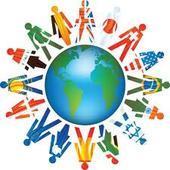 Oil and Geology in Google Earth

By Lurker, July 14, 2010
One issue with the current version of Google Earth is you can't show subsurface information. GE doesn't let you show data below its 3D rendered surface. So, for example, showing underground geological features, or wells for example. Valery Hronusov from Russia's Academy of Science in Perm, Russia has come up with an interesting innovation He has used KMLer  application to convert a GIS dataset showing an oil repository Google Earth File. You must have GE installed.  and related information. Hi

What Is Mobile GIS ?

Geographic Information Systems (GIS) are the software programs that provide electronic images of maps. These programs are typically designed to work in cars, cell phones, or other personal digital assistant (PDA) devices that support mobile  GIS. This software helps people find the most efficient route to a specific destination. There are many types of mobile GIS devices available for a car. Some newer cars have advanced audio systems that include built-in navigation systems. The pure portable

GIS in and of itself is a very technical system.  Just think about the visual part of a map and then add in the data that lies behind the visualization.  Then on top of everything, add the ability to do extensive analysis with the data.  Each of these parts are held together with a Graphic User Interface such as ArcGIS, MapInfo, or GoogleEarth.  While already being overwhelmed by the data alone, think about the programming that goes into these GUI’s.  You may tell yourself that programming is an